During the Second World War,
ANZAC Day became a day on which the lives of all Australians
lost in war time were remembered.

"The spirit of ANZAC recognises the qualities of courage, mateship and sacrifice which were demonstrated at the Gallipoli landing."
http://www.australia.gov.au/about-australia/australian-story/anzac-day


ANZAC Day honours everyone who has been involved
in wars, conflicts and peacekeeping operations.

Anzac symbolsTLF ID M020650 available on Scootle
This resource is part of the Anzac stories video suite, part of the NSW Department of Education’s contribution to the NSW Government centenary of Anzac. Each video is accompanied by a student viewing guide with learning activities, teaching notes and links to related materials. Videos: Slouch hat feathers (parts 1 and 2); Rising Sun badge (parts 1 and 2)

​Dawn is a symbolic time on ANZAC day because the landing at Gallipoli occurred at dawn.
​
Flags are lowered to half mast on ANZAC Day as a sign of honour, respect and mourning.

Silence for one or two minutes is included in ANZAC and Remembrance Day ceremonies as a sign of respect and a time for reflection.

Rosemary is for remembrance
Rosemary is a small perennial shrub of the mint family. This compact evergreen, with clusters of small light blue flowers and leaves that yield a fragrant essential oil used in making perfume and to flavour food, is native to the Mediterranean region.
On ANZAC Day, the wearing of small sprigs of rosemary in the coat lapel, pinned to the breast or held in place by medals is thus synonymous with remembrance and commemoration.   https://anzacday.org.au/rosemary-is-for-remembrance

​Poppies is for sacrifice.
This corn poppy, now known as Flander's poppy, also flowers in Turkey in early spring - as it did in April 1915 when the ANZACs landed at Gallipoli. According to Australia’s official war historian C.E.W.Bean, a valley south of ANZAC beach got its name Poppy Valley “from the field of brilliant red poppies near its mouth”. https://anzacday.org.au/the-poppy-is-for-sacrifice​
The red poppy, pinned to the breast of Aussies on Anzac Day, is a symbol of war remembrance and of Armistice on November 11, 1918.
According to the Australian War Memorial, the red poppy or Flanders poppy, was among the first plants to spring up in the battlefields of northern France and Belgium after the war. 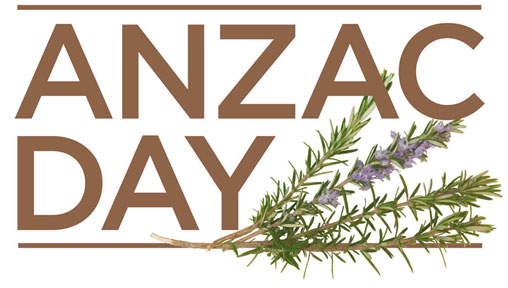 ANZAC biscuits
Made from ingredients including rolled outs, sugar, plain flour and butter, the Anzac biscuit, otherwise known as the “army biscuit”, was a staple for soldiers during the World War I.
It was eaten as a substitute for bread because, unlike bread, it had a long shelf-life.  Phil Cummings wrote this book titled Anzac Biscuit which helps children understand how the legend of the Anzac biscuit came about.  ​

Barbara Braxton collated this board with great expertise.
Links to literature that will help younger students understand World War I, particularly the ANZAC experience.It includes stories from Australia, New Zealand, Canada, the UK and elsewhere.
Where possible, each pin links to a review, a unit of work or teaching notes.
NOTE: Some titles may border on YA and it is up to the user to assess these to decide their suitability for their students.
Teachers please view any of these videos you plan to use before playing to determine their suitability for your class.

the meaning of anzac day

the going down of the sun 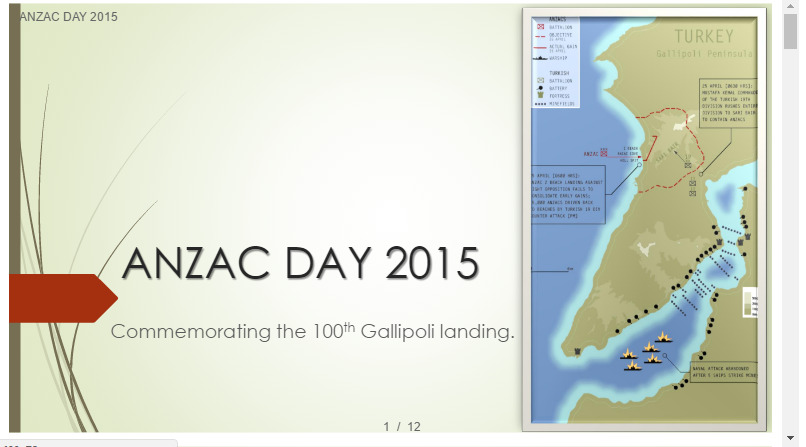 Thank you to Steph Westwood who shared Mary Nikolakopoulos's PowerPoint on ANZAC Day,
where the last two pages include her personal photos from her visit and
​thank you to Mary for kindly sharing these personal photographs.
Choose a KWL chart
Safe share link

A is for Animals offers an A to Z of animals in war, from mascots and messengers to creepy-crawlies.
Animals are put to many uses in war.
Sometimes they have jobs to do: the horses, camels, mules, and donkeys used to transport soldiers and equipment, as well as carrier pigeons and tracker dog with their special talents.
Often animals are used as mascots and pets, or as symbols on badges and flags. 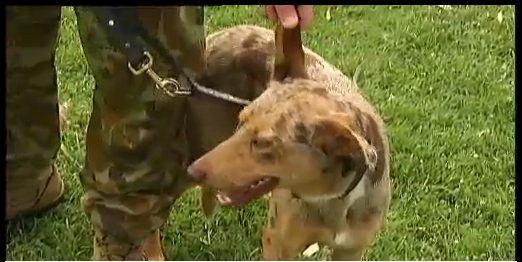 Dickin Medal ​The PDSA Dickin Medal is the highest award any animal can receive whilst serving in military conflict. It is recognised worldwide as the animals’ Victoria Cross. Instituted in 1943 by PDSA’s founder Maria Dickin CBE, it acknowledges outstanding acts of bravery or devotion to duty displayed by animals serving with the Armed Forces or Civil Defence units in any theatre of war throughout the world.

The PDSA Dickin Medal is a large, bronze medallion bearing the words “For Gallantry” and “We Also Serve” all within a laurel wreath. The ribbon is striped green, dark brown and sky blue representing water, earth and air to symbolise the naval, land and air forces. 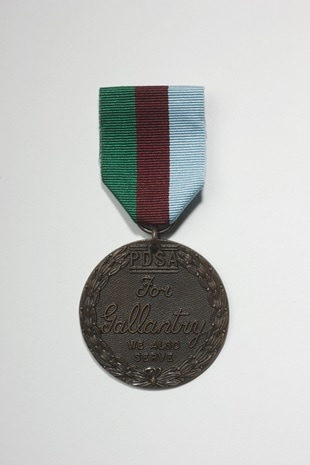 Thank you to our cavalry horses 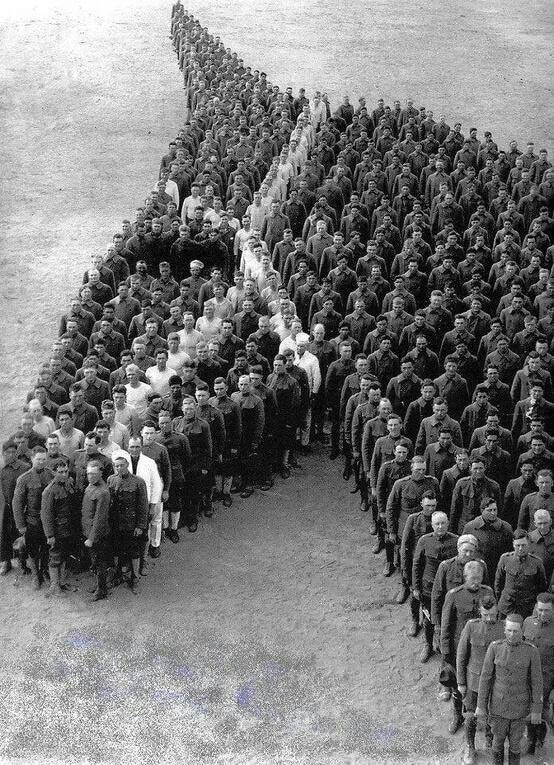 ﻿Visit the link: John Simpson﻿
Click on the stripy icon on the right side to increase the size on the page to 150% 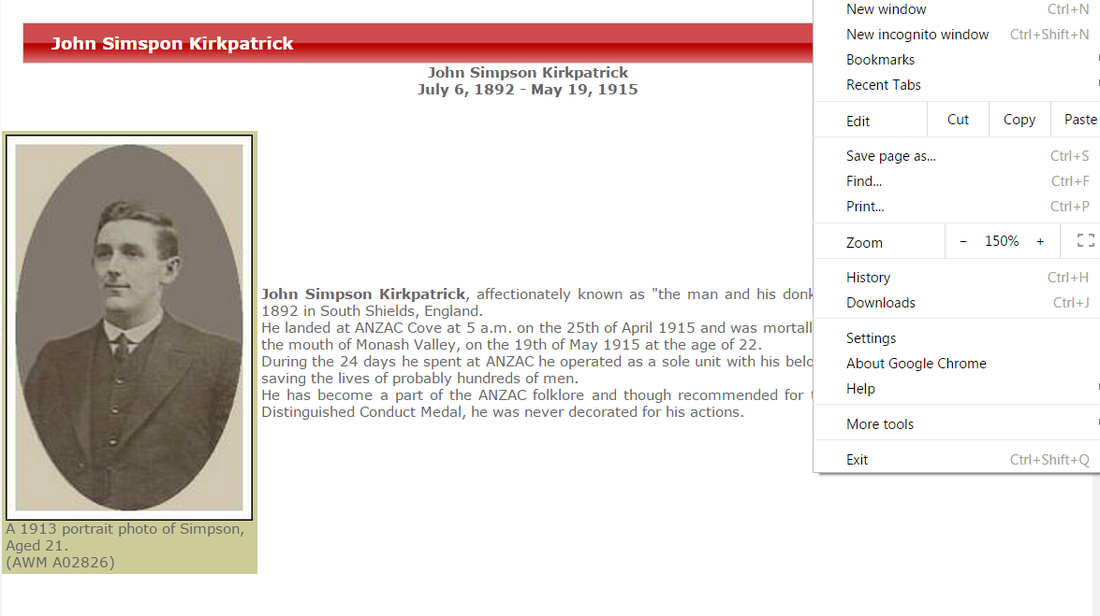 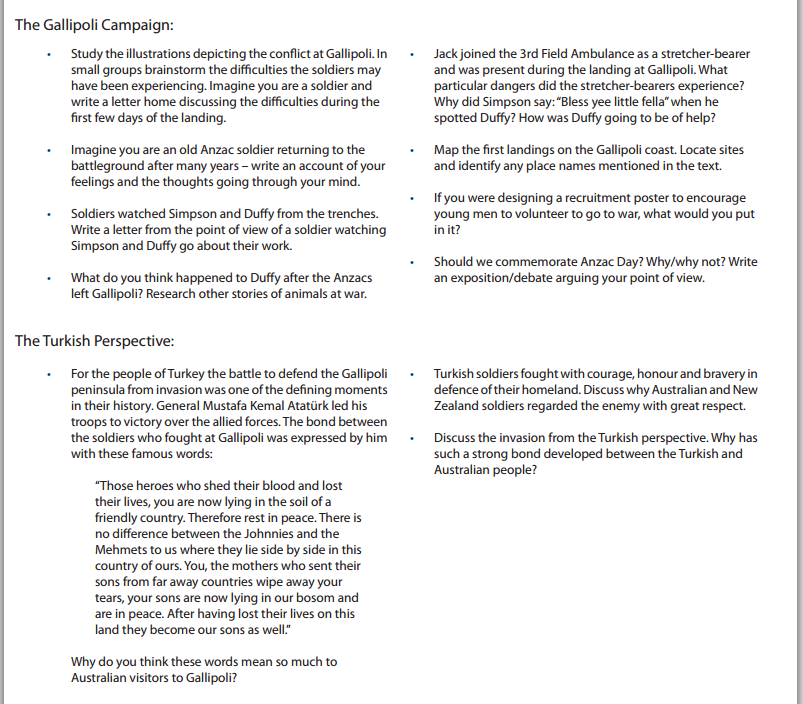 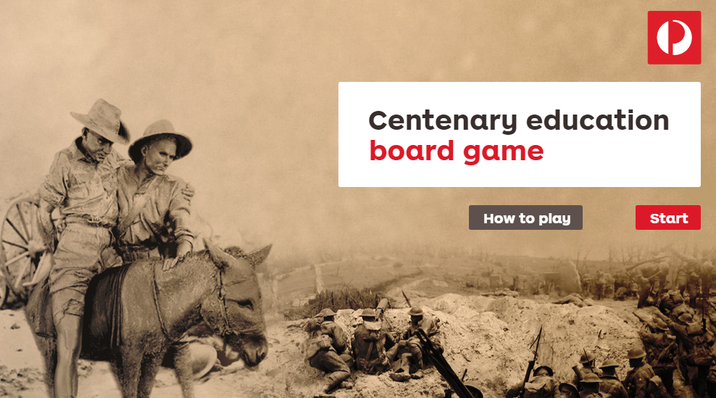 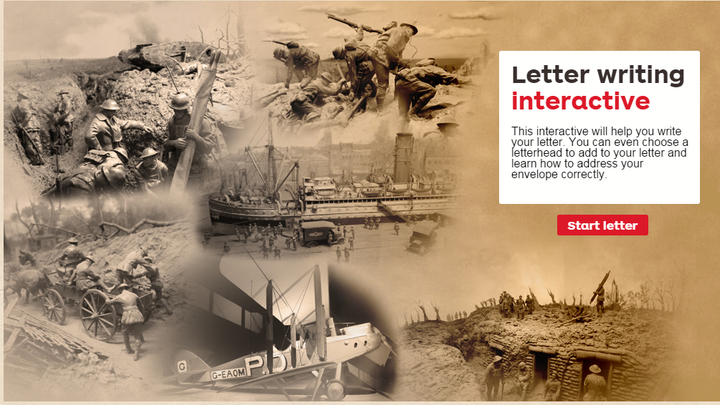 Clickable worksheet Read the questions and then click through to the information. Read and locate the answer.
Lest We Forget comprises six literature-based units of work for PETAA members.

​The units support the study of contemporary picture books and novels and twentieth century poetry, as well as primary source materials (such as photographs, newspapers, letters and diaries) so that students can explore representations of WW1, analyse quality texts and use them as a model to develop personal responses to aspects of the war.
​Students are invited to share their responses by submitting work samples.
Each classroom unit of work represents approximately five weeks duration in four teaching and learning sequences, with worksheets, a summative assessment task, supporting teacher resources for background on the ANZACs and the Gallipoli campaign, and links to the Australian Curriculum: English and New South Wales and Victorian syllabus outcomes. 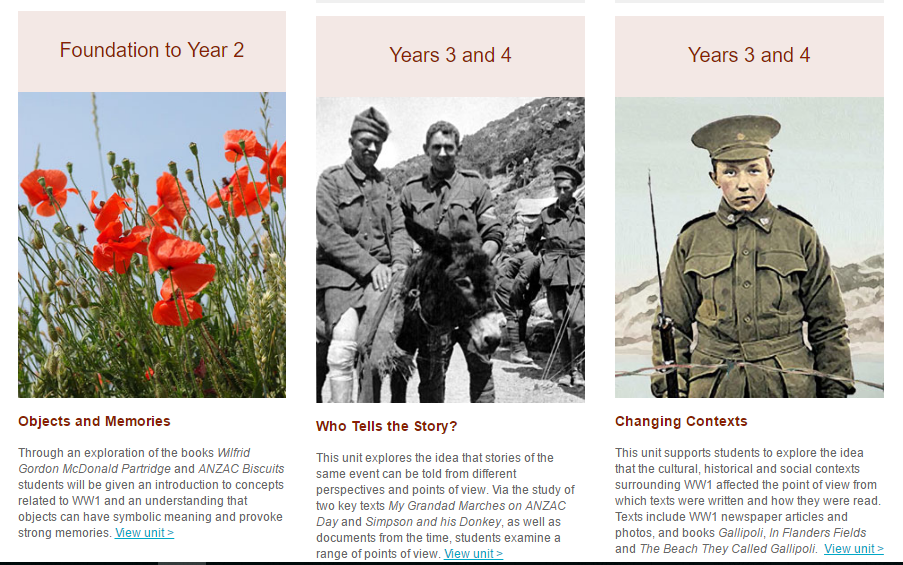 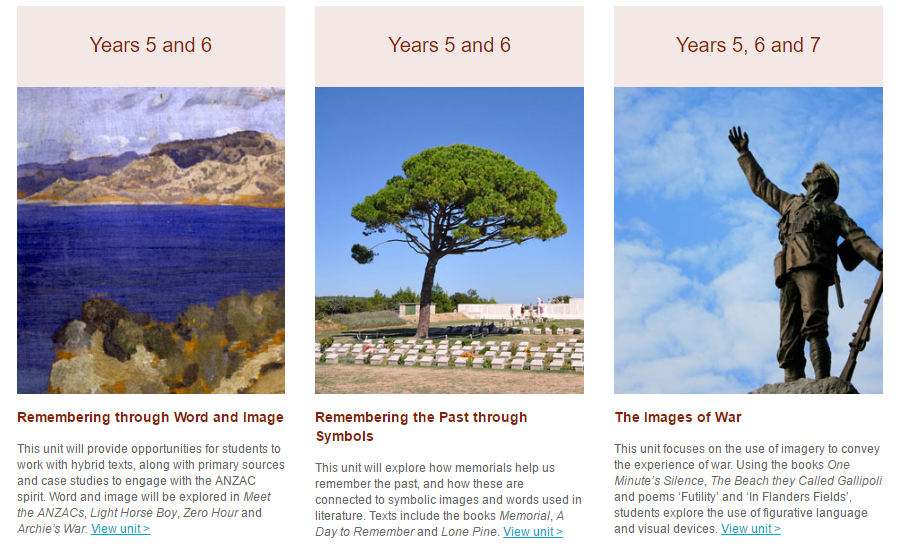 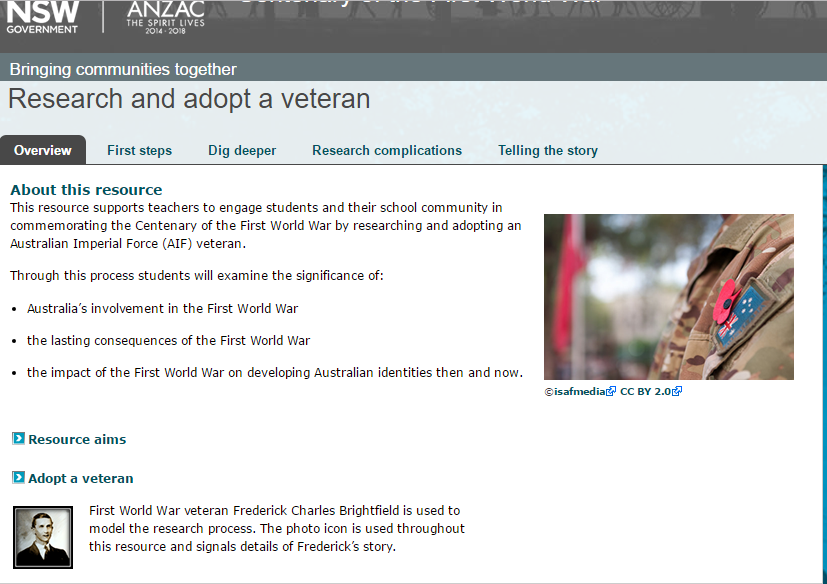 ​Addition Department support materials can be found here:
http://www.schools.nsw.edu.au/events/anzac-centenary/index.php​
​(Website is currently being transferred to a new space & out of action)
Thanks Anne Southwell 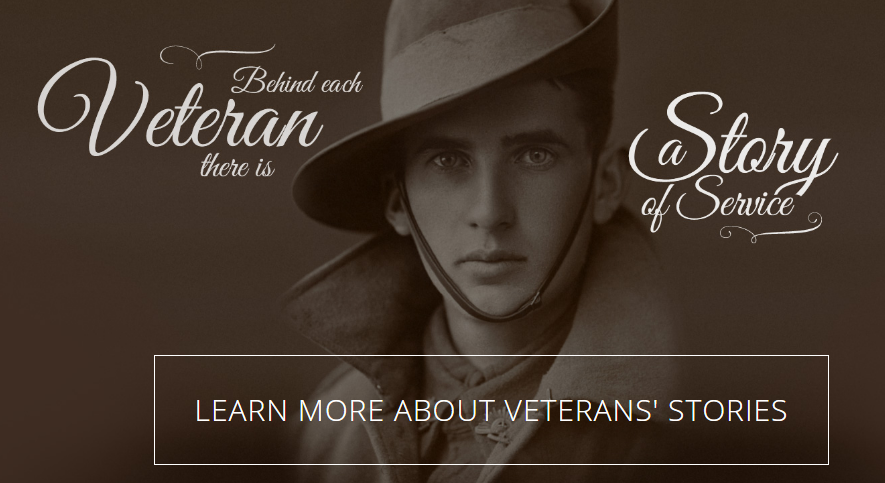 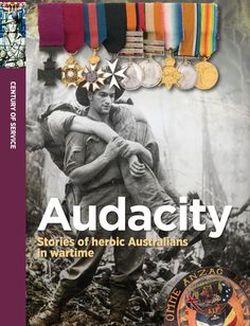 Audacity is the second book in the Century of Service series developed jointly by the Department of Veterans’ Affairs and the Australian War Memorial. It highlights the bravery of Australian service personnel in conflicts from the Boer War to Afghanistan.

Readers can also test their knowledge by completing a multiple choice quiz or a Guess the Word game.

Audacity was shortlisted in the Children’s Book Council of Australia’s 2015 Book of the Year Awards.

Case studies exploring the ethnic diversity of the Australian Imperial Force (AIF)
​Links to the Australian curriculum: History
​The content of these stories and classroom activities will provide opportunities to develop historical understanding through:
Key concepts
Sources and evidence, continuity and change, cause and effect, perspectives, empathy and significance, and contestability.

"In recent years, long overdue recognition has been paid to Indigenous veterans.
The Headstone project, managed by an Aboriginal Vietnam War veteran,
aims to restore dignity to 400 ‘forgotten’ soldiers.
In Sydney, this ceremony (see photo) acknowledges the contribution of Australia’s Indigenous armed forces."
Indigenous Veterans:Sites2See
ABORIGINAL WAR VETERANS NO LONGER FORGOTTEN
Acknowledging the role of Indigenous military service and comparing that with the treatment of
Aboriginal peoples at home took a long time in Australia.
To celebrate ANZAC day and pay tribute to the Indigenous men & women that have proudly served this nation the Message Stick presents a twenty six minute documentary: The FORGOTTEN.
THE FORGOTTEN is a film about Aboriginal & Torres Strait Islander servicemen & women who have served, fought and died for their country in all of the wars and peace-keeping missions that the Australian Armed Forces were involved in the 20th Century. It also contains a personal story about four Nyungar brothers from the South-West of Western Australia, one of whom is acknowledged as the first Aboriginal Soldier
​to receive a military medal in the First World War.
http://www.abc.net.au/tv/messagestick/stories/s820390.htm 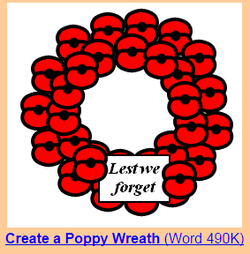 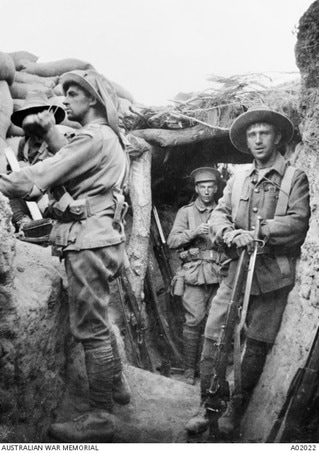 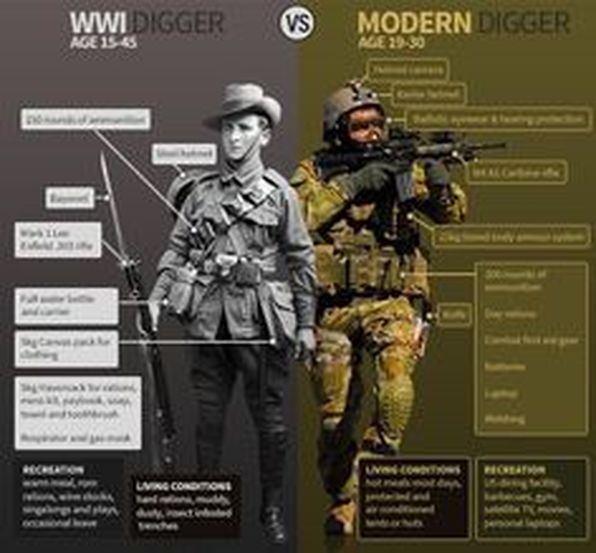 ANZAC gear for soldiers.
​Can you match the names to the pictures?

interactives brought to us by: 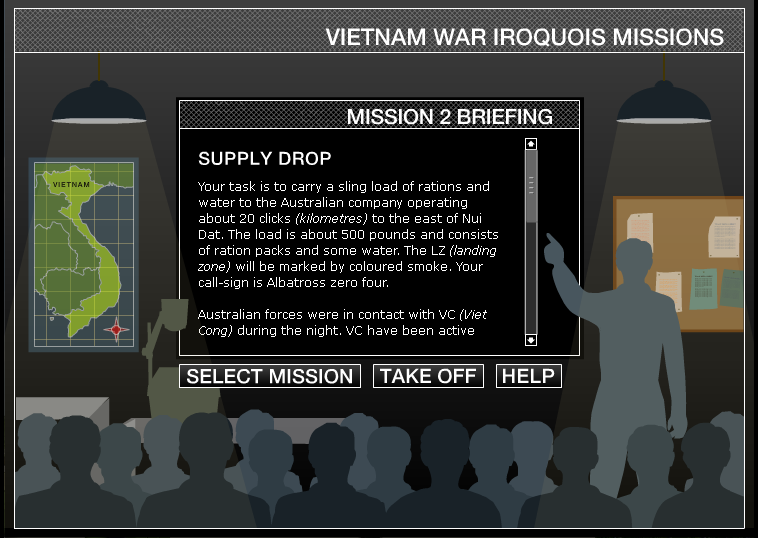 pre or post assessment: what do you know about anzac day? 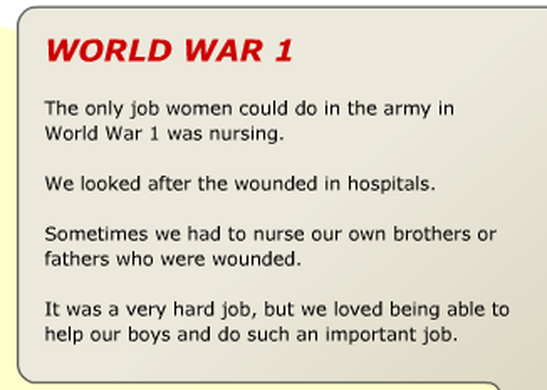 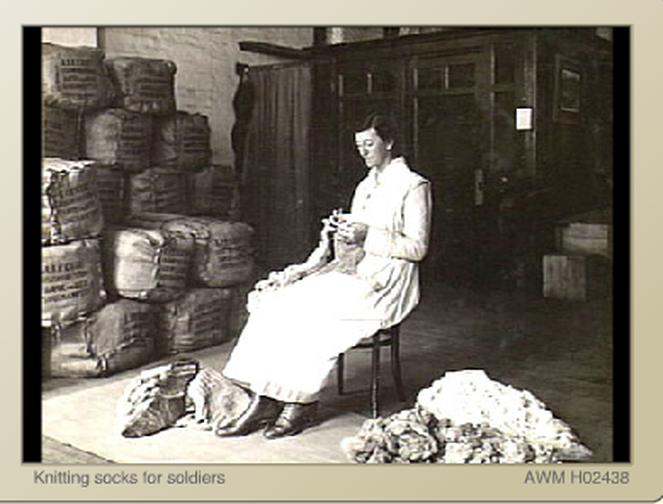 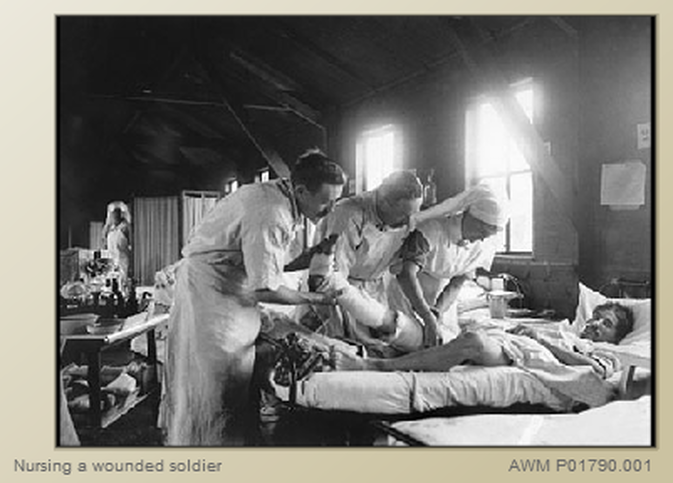 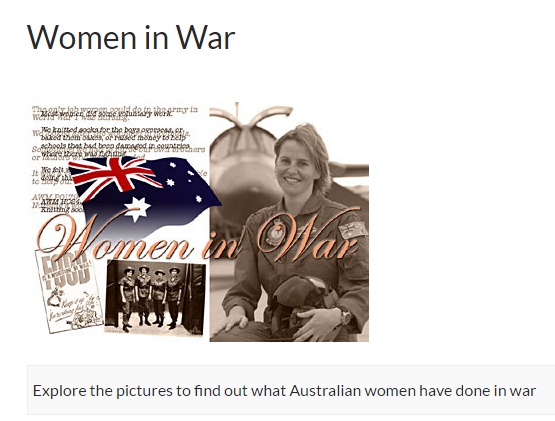 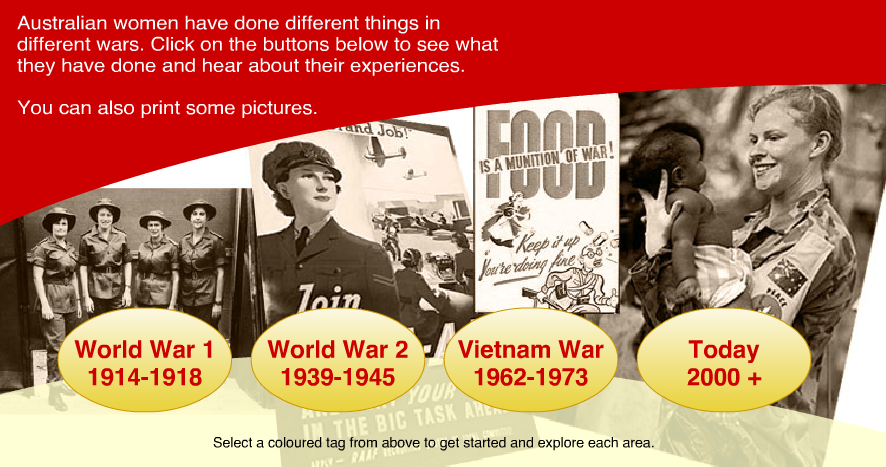 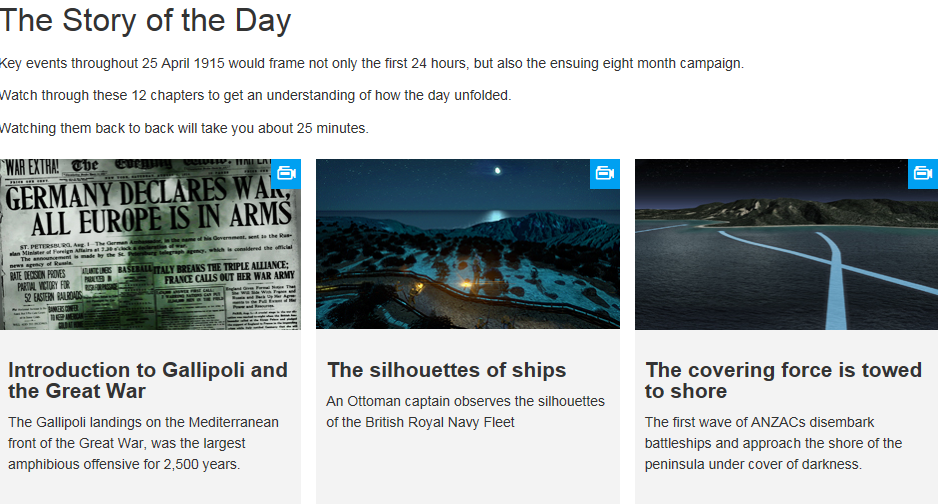 Screenshot of 3 of the 12 Chapters. Click on the image to visit & read these chapters.

Jack and Tom is a short film created by the students of Miranda Public School and Port Hacking High School to commemorate the 100th ANZAC Day.