diwali- the story of diwali

Page 50 in the document above: The Story of Diwali
"Once upon a time, in an Indian city called Ayodhya, there lived Prince Rama and Princess Sita. The Prince and Princess were loved by all in the kingdom, except for the jealous Queen Kayki. When the King announced that Prince Rama would be crowned King as soon as he retired, Queen Kayki was very angry. She went to the King and asked him: “Do you remember when I saved your life and you promised to give me anything I wanted?” “Yes, I do,” replied the King. The wicked Queen said, “Well now I want you to send Rama and Sita to live in the forest like poor people for fourteen years.” 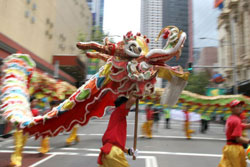