"For more than 100 million years marine turtles have covered vast distances across the world's oceans, performing a vital and integral role in marine and coastal ecosystems."
​
Three of the seven existing species of marine turtle
are critically endangered!! 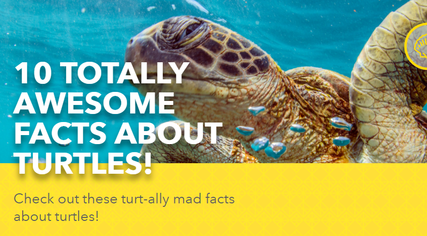 Each of us can do our bit to help protect our precious turtles.
Sea Turtles
The seven species of sea turtles are among the most endangered animals on earth.

Their survival is seriously threatened by destructive industrial fishing operations such as longlining and shrimp trawling.

Nesting habitat is also disappearing at an alarming rate as beach-front development flourishes.

​ And although many local, national, and international laws protect them from trade, sea turtles continue to be collected for their eggs, meat, and shells. 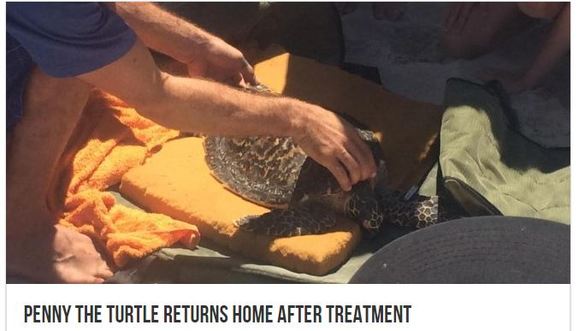 Click on the screenshot (below) to access the video.
The biggest threats include: ​http://www.seeturtles.org/sea-turtles-threats
Read more about threats at:    World Wildlife endangered species Marine Turtles
Balloon and string let go......this is the consequence!
The Queensland Youth Environment Council invites you to help support our call for the Queensland Government
to amend current litter and illegal dumping legislation to specifically ban the release of helium balloons
and to investigate options to outlaw the mass-distribution of helium balloons at events.
What do you think?
Longline Fishing Threatens Seabirds and Other Marine Life
Seabirds, sea turtles, and other ocean dwellers are killed by longline fishing
Turtles
Sea turtles are among the endangered victims of the longline.

Attracted to the bait used on longline hooks, turtles die slowly from swallowing them.

They may also be severely injured by a hook in the mouth or by a hook that snags their flippers as they swim near the gear. Turtles can get entangled in the lines.

They can drown if a large fish near them bites a hook and drags the line down so that the turtle cannot surface for air.

The leatherback sea turtle is especially vulnerable to this fishing method, in part because the light sticks used to attract fish look like jellyfish, their favorite food.

A new type of hook called a circle hook has been shown in some studies to be less deadly to sea turtles than the commonly used "J" hooks.

Fishers can also be taught the safest way to remove a hook from a sea turtle and how to resuscitate a comatose sea turtle.
Plastic in our oceans
How do plastic bags affect sea turtles?
Turtles that prey on jellyfish are easily confused by plastic bags in the water
The gases cause the turtle to float, which leads to starvation or makes them an easy target for predators. Species Affected:
All species of sea turtles, adult greenturtles to a lesser degree, are affected by marine debris.
Juvenile green turtles are heavily affected by marine debris.

For more information read: How your plastic trash may be killing sea turtles and other marine life

what can I do if I find an injured turtle? 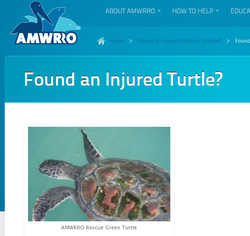 Click on the image to go to the Australian Marine Wildlife Research & Rescue Organisation website and discover the answer to this question and many others.
In the majority of cases injuries to turtles are not from natural causes- it's things like pollution, rubbish, fishing line and boat strikes.
Humans are causing many of these incidences.
Anyone who comes across an animal in trouble should call the RSPCA hotline on 1300-ANIMAL.​

Researchers in Australia secured a GoPro to a sea turtle's shell and followed it as it swam through Australia's Great Barrier Reef.

The reef is the largest system of coral reefs on the planet and designated a UNESCO World Heritage Site.
The stunning footage is part of a campaign to raise awareness about the reef's declining health and amp up pressure on Australia to continue efforts to protect it.
​
Sea Turtle Species in Australia
There are only a few large nesting populations of the green, hawksbill and loggerhead turtles left in the world.

Australia has some of the largest marine turtle nesting areas in the Indo-Pacific region and has the only nesting populations of the flatback turtle.
Of the seven species of marine turtles in the world, six occur in Australian waters:
Environment Protection and Biodiversity Conservation Act 1999

In Australia, all six species of marine turtles that occur in our waters are protected under the Australian Government's Environment Protection and Biodiversity Conservation Act 1999 (EPBC Act) and various State and Northern Territory legislation.

The leatherback, loggerhead and olive ridley turtle are each listed as endangered under the EPBC Act which means that these species may become extinct if the threats to their survival continue.
The green, hawksbill and flatback turtle are each listed as vulnerable which means that they may become endangered if threats continue.
http://www.environment.gov.au/marine/marine-species/marine-turtles​

Marine turtles have important cultural and social values for Aboriginal and Torres Strait Islander people living in coastal areas of northern Australia. Hunting these species is important for maintaining family relations (kinship) and social structure, has important ceremonial and community purposes and also provides valuable protein in regions where fresh food is expensive and difficult to obtain.
Indigenous communities are working collaboratively with government agencies and scientists to develop and implement community-based management for sustainable hunting of marine turtles. This work is primary supported through the Australian Government's Caring for Our Country and Working on Country programs.
Under the Native Title Act 1993, Traditional Owners have the right to take marine resources, including hunting of marine turtles for personal, domestic or non-commercial communal needs and in exercise and enjoyment of their native title rights and interests.    http://www.environment.gov.au/marine/marine-species/marine-turtles 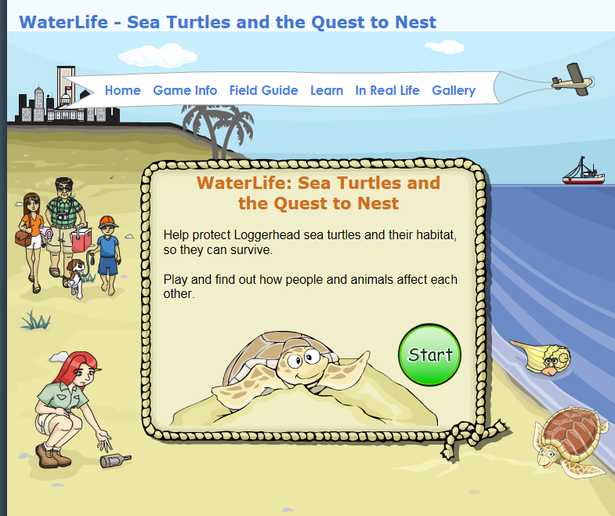